Villa Venier Contarini is one of the many villas  along the Riviera del Brenta in the area of Mira.
It is not among the most known, and despite being small, it is worth to visit it. 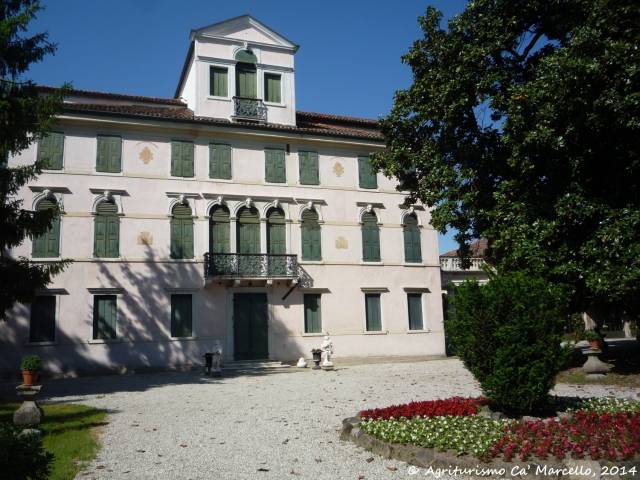 The villa was built at the end of the sixteenth century by the Venier familywho inhabited for about two centuries. In 1700 it became property of the Contarini di San Trovaso. Since then it has had many changes of ownership, and many changes, while maintaining the main characteristics of residence for the holiday that the Venetians had along the Riviera del Brenta.

It is currently owned by the Veneto Region, as well as the headquarters of the Regional Institute for Venetian Villas. 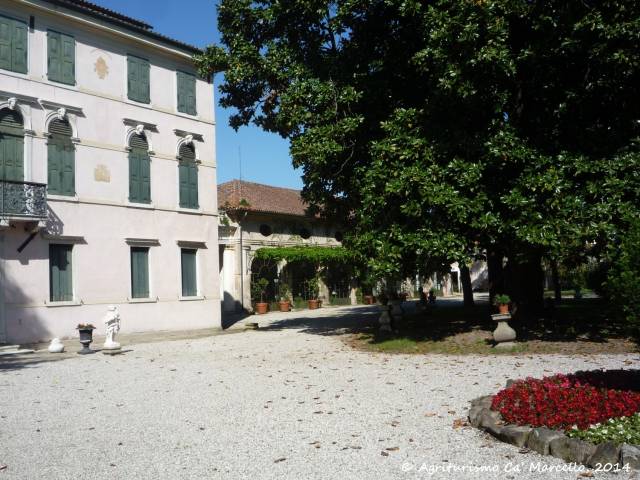 It consists of a main body flanked by two guest houses (or barchesse) full of frescoes, an oratory, some outbuildings and a park, small but well cared for.

Of the main body we could only visit the ground floor, currently used for conferences and events.

We were pleasantly impressed by the frescoes of the barchesse.
In the barchessa est it is made up of stables and warehouses, and a frescoed hall with some scenes of the story of Psyche, and  fake architectures. It is hypothesized that the author was the Flemish Daniel Van Den Dyck.
The west barchessa has three halls entirely decorated with frescoes with stories taken from the Odyssey, the Aeneid and the Illiad. 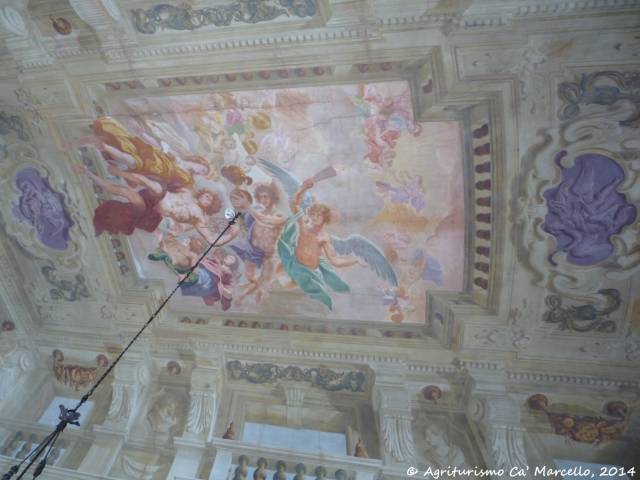 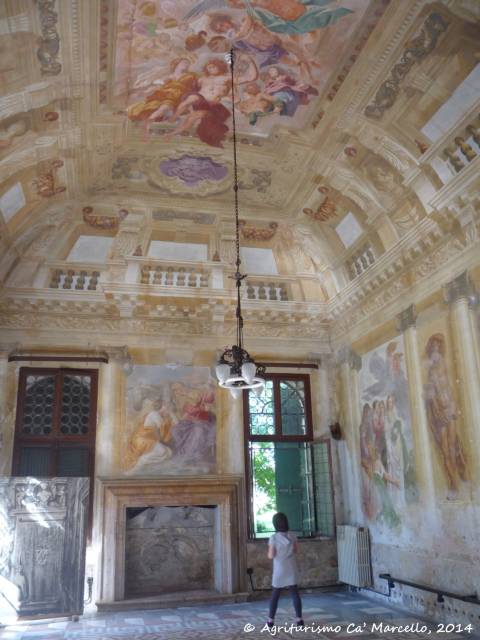 The garden of Villa Venier Contarini on the front is small, but well cared for and preserves the typical plants of the villas’ gardens along the Riviera del Brenta. 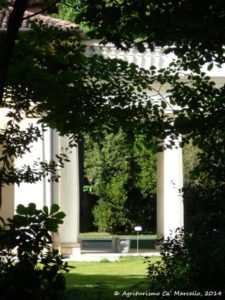 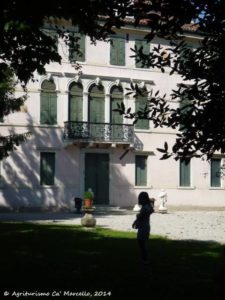 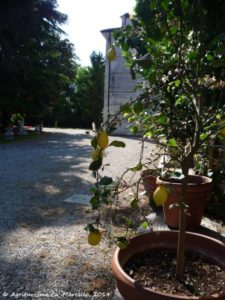 At the weekend it is currently open only by appointment. The appointment request must be sent to the IRVV at least 10 days in advance at the following address: segreteria@irvv.net indicating in the subject: Villa Venier-booking visit. For guided tours please make specific mention in the application.

The admission fee (without guided tour) is not more than 2.50 euros. There are reductions and free entrances for children.

Where is Villa Venier Contarini in Mira

The address is: Via del Capitello Albrizzi 3, Mira, Venezia

From the agriturismo, turn left along the Riviera del Brenta. In Oriago cross the bridge and turn left. Go straight untill Mira and pass it. The Villa Is on the right side after the center of Mira. Beware there is a very narrow street that you might not see. Inside tehre is a small parking place for visitors.