On the banks of the river Lèmene: Portogruaro and Concordia Sagittaria.

Portogruaro can be a pleasant surprise for the visitor.
Located in the area on the north of Venice, between Venice and Trieste. 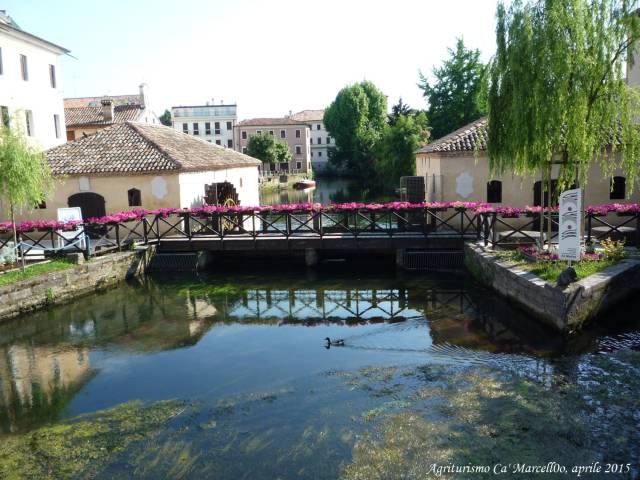 It has always been a focal point for communication so as to attract the interest of the Republic of Venice as early as 1420. It is in this period that the city enjoys the moment of its greatest splendor.

We entered the city from Via Roma and then onto the Sant’Andrea Bridge (1500). Immediately you meet the characteristic mills (XIII century) that block the Lèmene. This is one of the most evocative corners of the city.
On the opposite side you can see the fish market, under whose portico there is a small wooden oratory of 1600 dedicated to “Madonna del Carmine”. 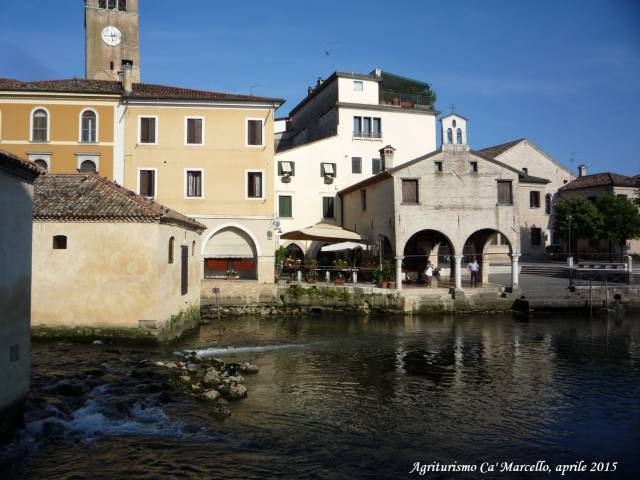 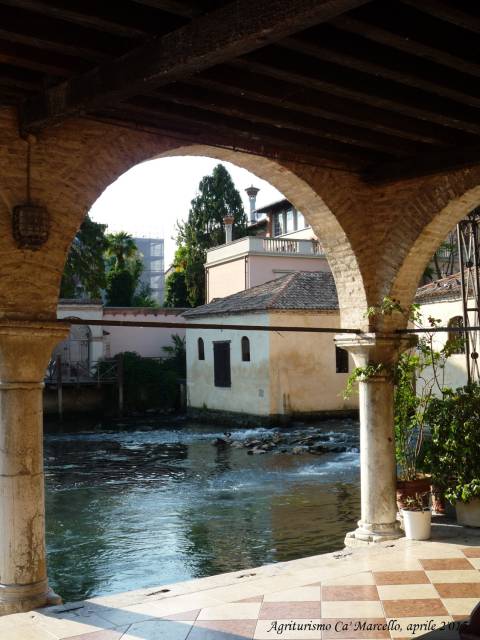 After Sant’Andrea’s bridge, you enter almost immediately in Piazza della Repubblica, closed on one side by the Palazzo Comunale, of medieval origin, and in the middle there is the war memorial monument. 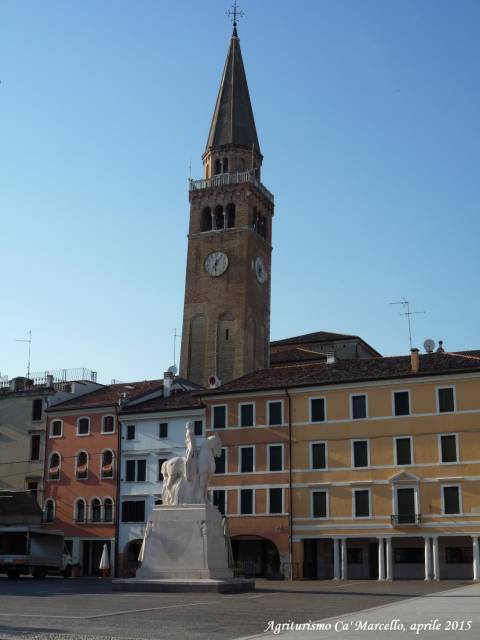 Near the square is the Pozzetto delle Gru, symbol of the city, dated 1494. The cranes are from 1928, work of a local artist and were made to replace those removed from the Austro-Hungarians.

The short walk along the river is very nice and you  have wonderful views. 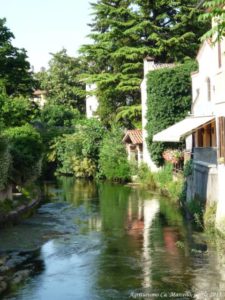 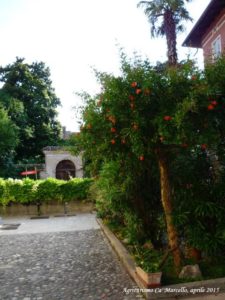 Following the streets we have found beautiful corners along the river Lemene.

There are parking places around the city. We found a place to park along the streets of Borgo San Nicolò (toll parking).
In Portogruaro there is also the Concordiese national museum which is closed on Monday. We remind that every first Sunday of the month the national museums are open to the public for free.
After Portogruaro we recommend to stop in the nearby Concordia Sagittaria.

Concordia was an important Roman colony. It was located along Via Annia, at the intersection with Via Postumia. Hence the importance of the center, of which there are traces already from 42 BC.

The name “Sagittaria” derives from the manufacture of arrows.
Here the most significant remains are of the Basilica (under the current one) with remarkable mosaics. They can be visited through the Museo Civico Archeologico (free entry).

The whole area is full of remains, which are gradually brought to light, such as the remains of ancient Roman roads, the remains of the city walls, citizens’ houses of the roman time, … 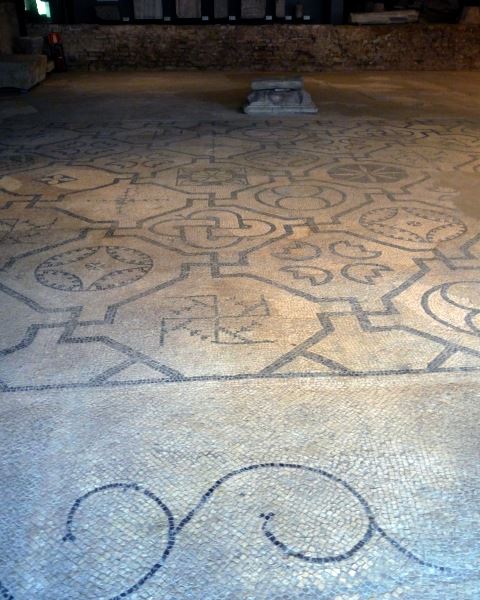 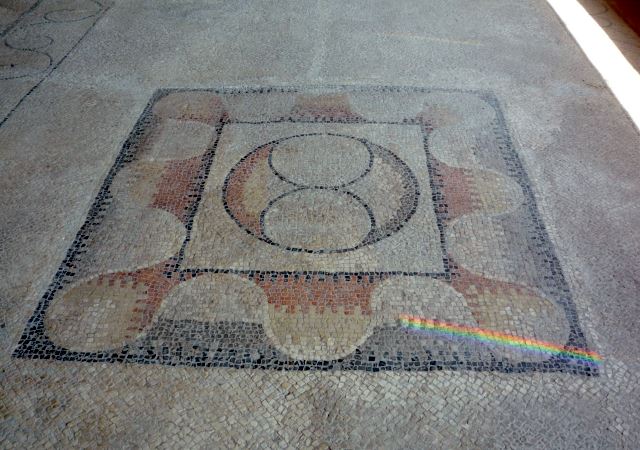 Remarkable is also the baptistery of 1168, with frescoes of figures of saints and stories of the Bible. 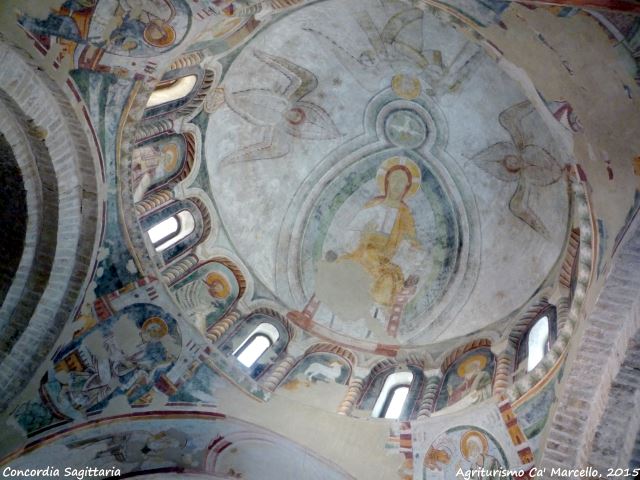 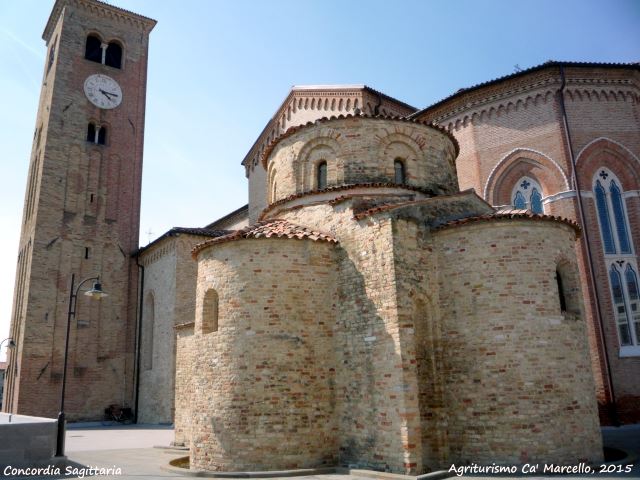 Other places to see near Portogruaro and Concordia