Montagnana: fortified complex among the best preserved in the world

Arriving in Montagnana you can immediately see the walls: 2 kilometers of perfectly preserved walled circle. A glance at which one does not remain indifferent.
It is a small town, where you can get lost walking through its streets and under the arcades, stop to taste the Montagnana ham, explore the doors in the 4 cardinal points. 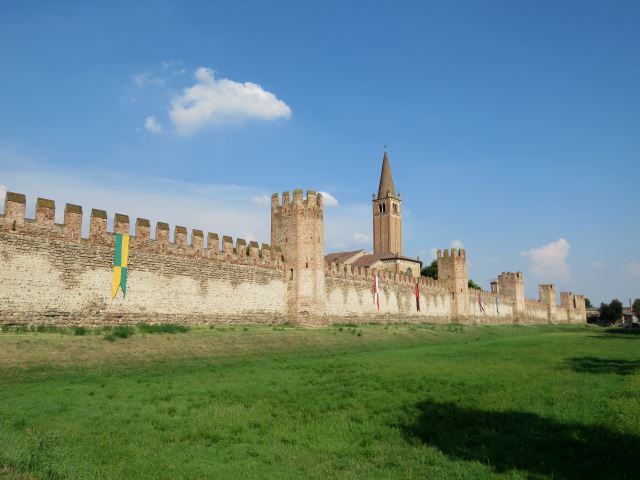 The walls of Montagnana

The walls, crowned by guelph merlons, were built in 1360 on previous fortifications, at the behest of the Carrara. There are 24 hexagonal towers, open inwards. There are four entrance doors, at the cardinal points and that often take the name of the most important city that is in that direction.
The two original entrances are the Rocca degli Alberi (or Porta Legnago), and the fortified gate of Castel San Zeno (or Porta Padova).
The other two entrances were opened one in 1504 to facilitate river traffic to Vicenza, and the other at the end of the 19th century to facilitate access to the railway station.

The Duomo of Montagnana

The Duomo overlooks Piazza Maggiore, the main square of the city.
Started in 1431 and finished in 1502, it presents works of considerable artistic interest inside.
The Veronese masterpiece on the altar, depicting the Transfiguration, should be mentioned; the fresco in the apse by “Buonconsiglio”; the frescoes of the counter-façade attributed to Giorgione (based on iconographic comparisons).

In the square you can stop in one of the many places to taste the famous Prosciutto di Montagnana: a sweet and soft raw ham. You can taste it with melon, another local product. 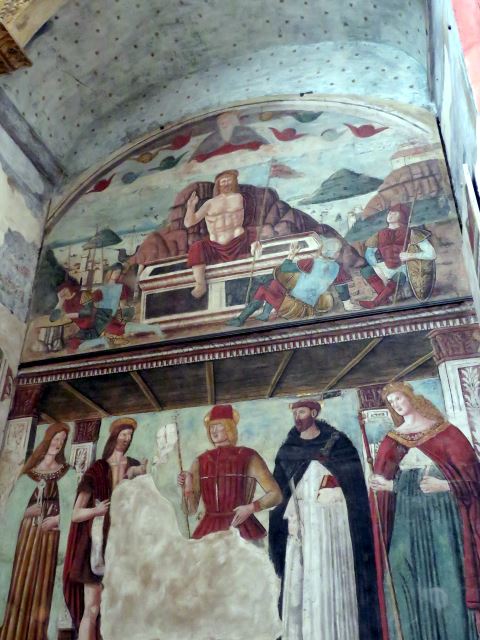 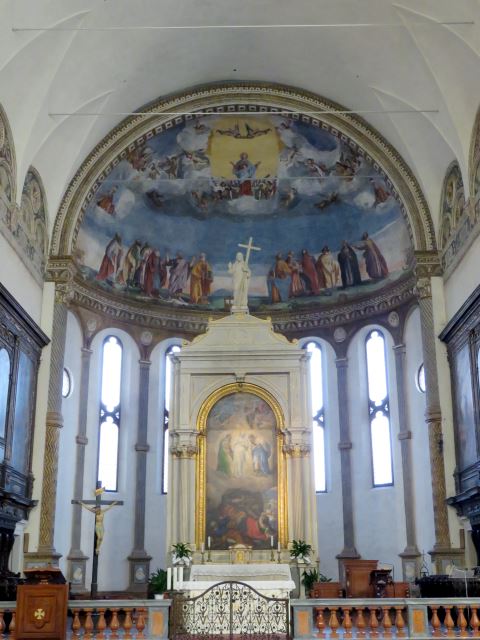 How to reach Montagnana

From the agriturismo Ca’ Marcello, take the A4 motorway towards Milan, and then direction Bologna on the A13. The exit is Monselice. This is the recommended route, and allows you to stop in the other two walled cities of the southern part of Padua: Monselice and Este.

There are several small parking lots outside the walls, never too far from the city. 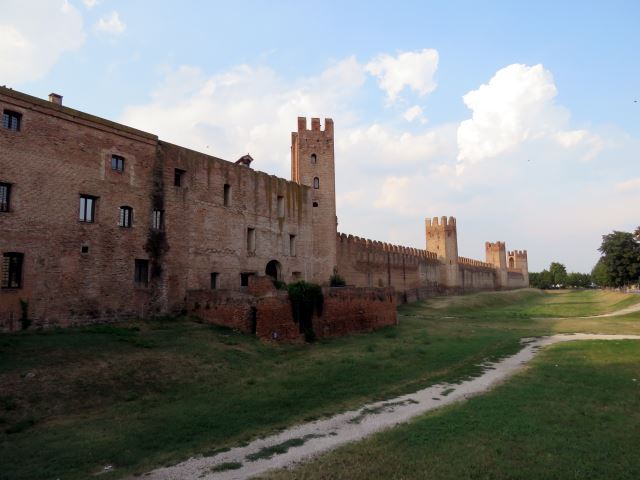 Other things to see around Montagnana