From Conegliano to Vittorio Veneto

I was looking for a place to see into the nature, and I came across the route of the Prosecco, proposed by the guide of Italian Touring Club, which starts from Conegliano and arrives in Vittorio Veneto.
We have chosen to skip the visit of cities (Conegliano and Vittorio Veneto, which are worth visiting anyway) for reasons of time. 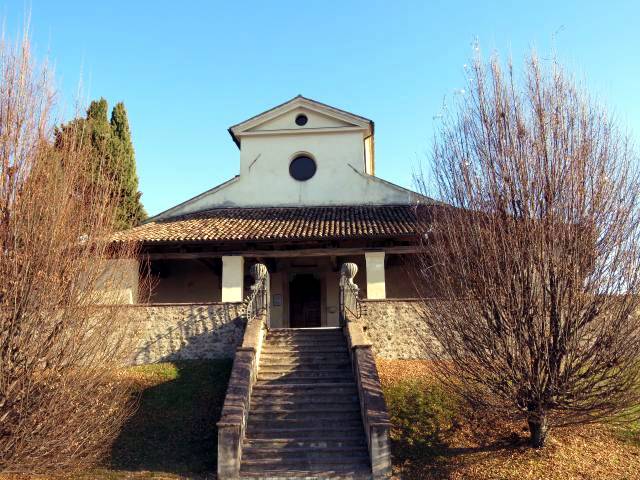 From Conegliano we headed towards San Pietro di Feletto.
The panorama that has opened has led us to have a stop and take some pictures. We have been up into the “Pieve di San Pietro”, located on a panoramic hill. From here you can enjoy a great view of the hills, completely covered by the Prosecco vineyards.
The church has frescoes from different periods both outside and inside. Isolated rises the Romanesque bell tower. 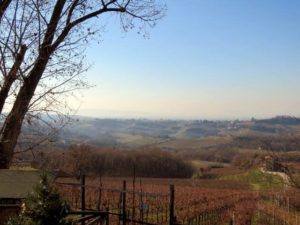 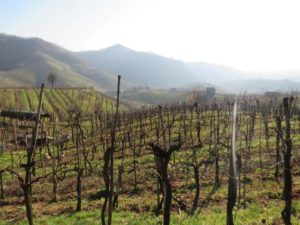 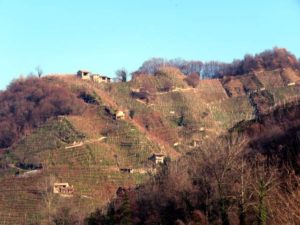 Molinetto della Croda, in the heart of Prosecco lands

Already inebriated by these beautiful hills, we have followed the road to Soligo, making a detour towards Refrontolo, at Molinetto della Croda, an almost fairytale corner of the Marca Trevigiana.
It is a characteristic example of rural architecture of the seventeenth century, whose foundations is on the bare rock (“croda” of the mountain).
The water mill has been restored and is still functioning. During Christmas season there is a nice exhibition of cribs from all over the world.
To enjoy the place, in addition to visiting the mill, it is advisable to go to the back from where you can see the mill area from above. 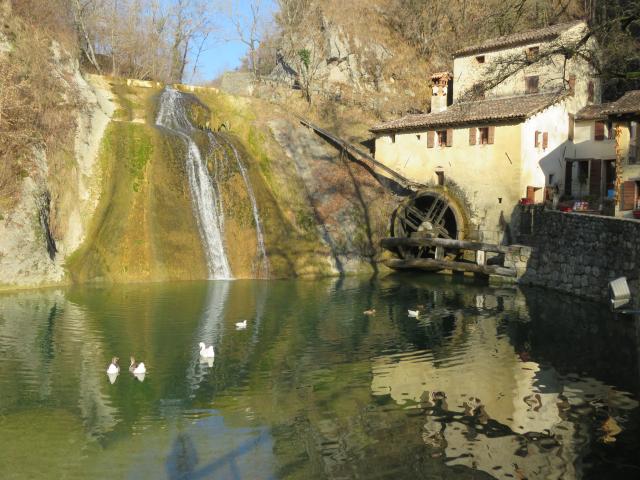 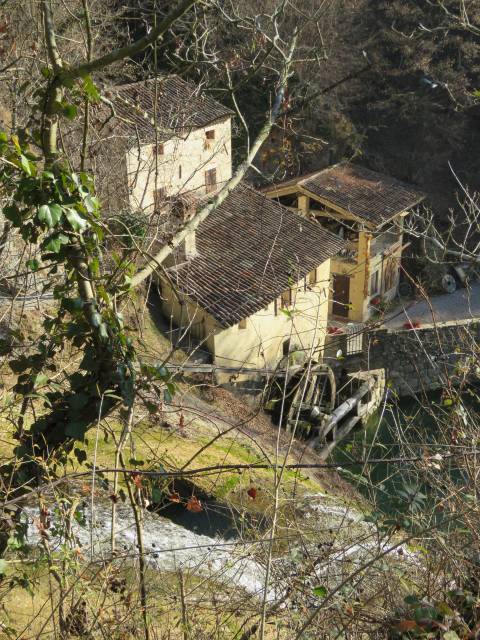 Towards the lakes Revine and Santa Croce

Cison di Valmarino is one of the most beautiful villages in Italy, and appears to the visitor as a small town made up of palaces of stately appearance, with windowsills and windows surrounded by stone. 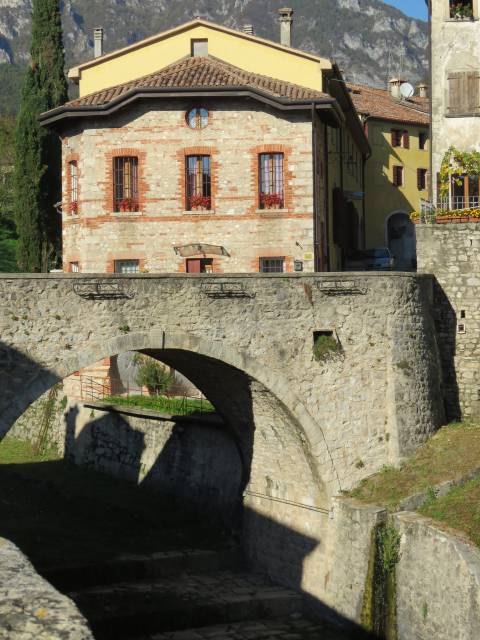 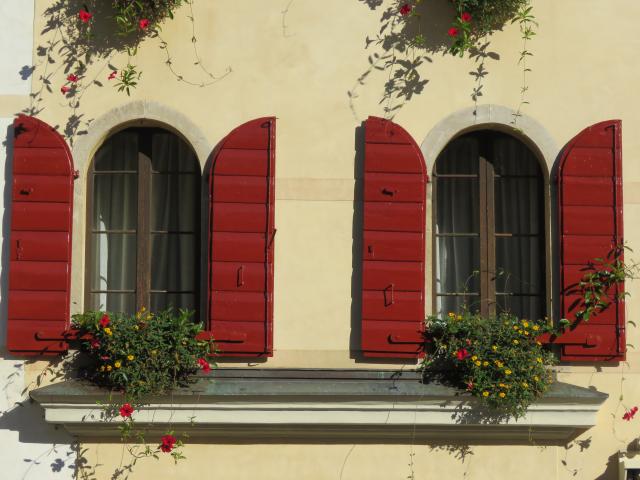 Shortly after Cison di Valmarino, you can take the road that leads to Passo San Boldo. Worth going there. The step is magnificent both from a technical point of view (helical tunnels, one-way, where only one car can go through) and from a landscape point of view.
Arrived at the pass take a stop to look at some old photos at the bar / restaurant and some information on the construction of the galleries.
Let’s go back on our steps, and drive to the lakes of Revine where remains of prehistoric stilt houses have been found, with the archaeological park of Livelet. 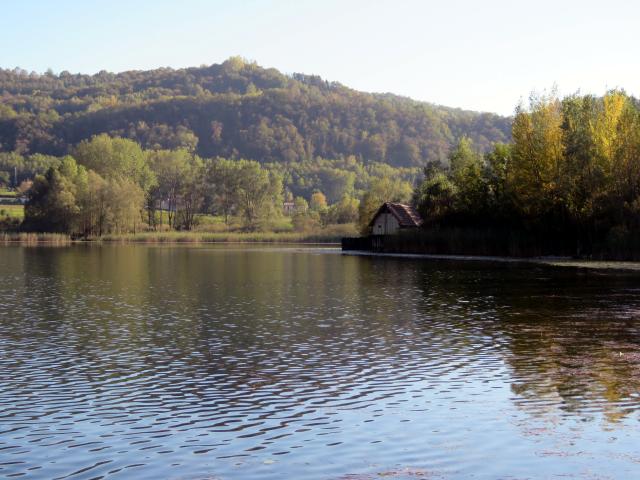 If you have some time left, continue towards the lake of Santa Croce, before arriving in Vittorio Veneto. 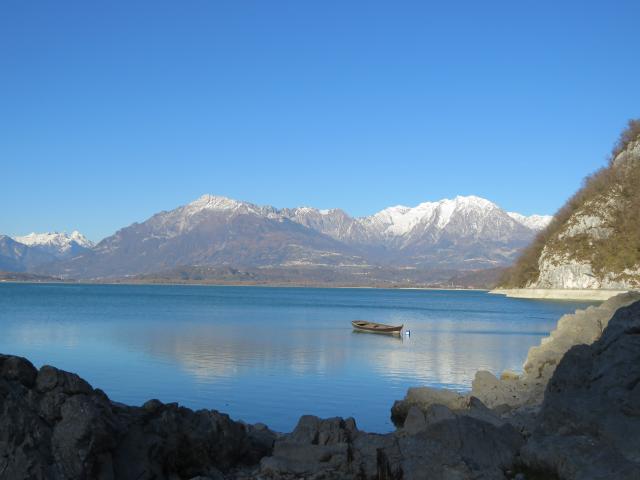 Information on the Prosecco road

The route of Prosecco is reported in numerous websites. One of the most complete is the website coneglianovaldobbiadene.it

To reach Conegliano from the agriturismo, take the A4 motorway and then the A27 towards Belluno. The exit is Conegliano. From there follow the signs for San Pietro di Feletto. From here to Refrontolo and then Molinetto della Croda.

To get back on the itinerary follow the signs for Soligo and then for Valdobbiadene. Finally follow for Cison di Valmarino and in the end, Revine. 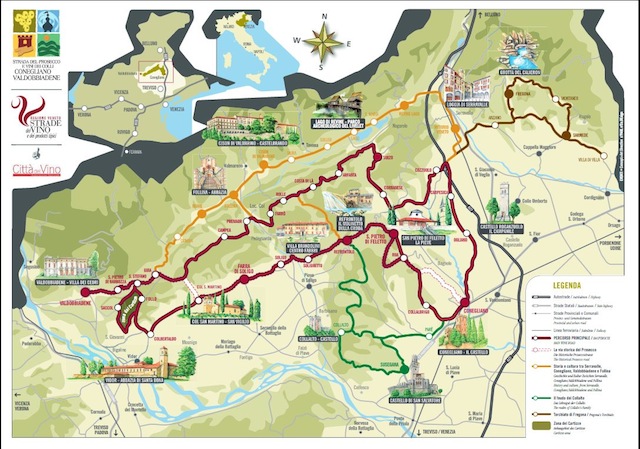