One of the most beautiful villages (borgo) in Italy is located on the Euganean Hills: it is Arquà Petrarca.

In Arquà Petrarca, time seems to have stopped with its charm of an ancient medieval village.
Its name derives probably from Arquata or Arquatum, because it is developed on the slopes of two hills and is embraced by others forming a shape of an arch.
It owes its fame to Francesco Petrarca, the poet who spent the last years of his life there (and where he is buried). 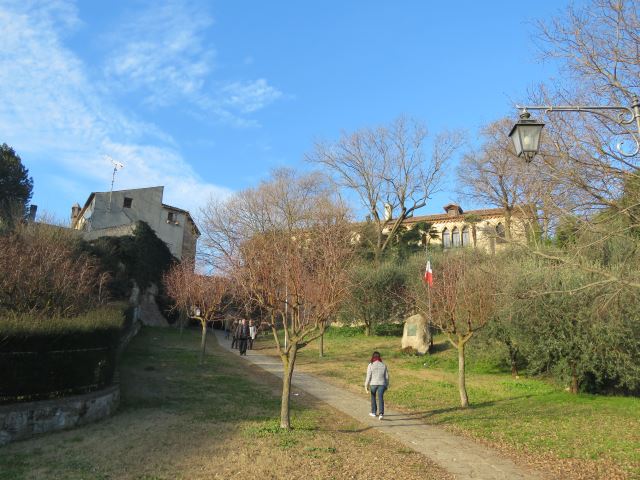 Our tour of Arquà starts from the lower village, where there is a large parking lot (for a fee).
As soon as you arrive at the top of the hill you will see the churchyard of Santa Maria Assunta on the right. The church dates back to shortly after the year 1000. In the churchyard stands the sepulcher of Petrarca, in red Verona marble, built six years after his death. 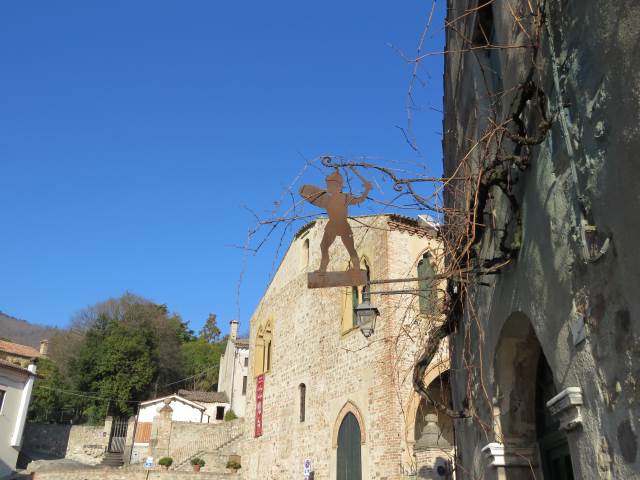 Leaving the churchyard, we find ourselves in front of Piazza Petrarca, with an old Ostaria, called del Guerriero (now closed), and Palazzo Contarini, in Venetian Gothic style of the fifteenth century.

After the square, go up Via Roma, all uphill, with houses from various periods, including a roman house with Gothic additions from the 15th century, and a 13th century house. 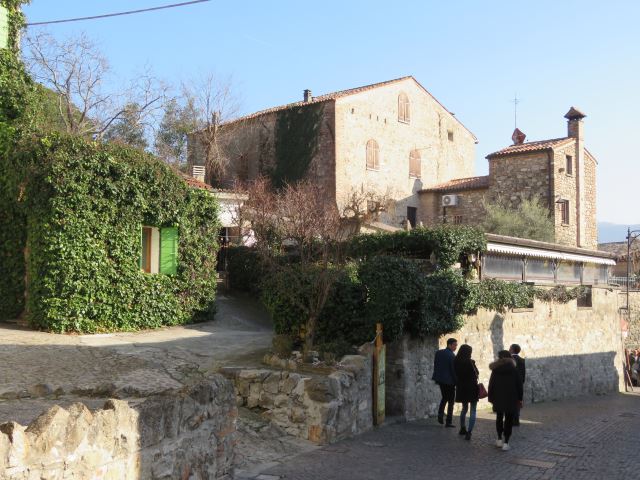 At the end of the road we see a glimpse of the Oratory of the SS. Trinity with the Loggia dei Vicari. 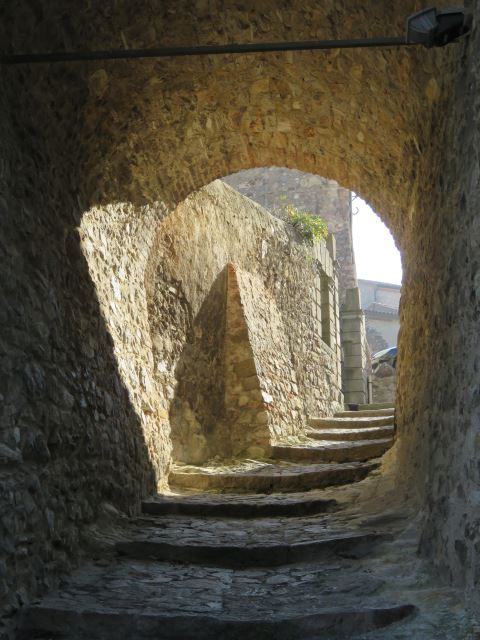 After the column of the Venetian lion, you reach Via Valleselle, where you find the house of Francesco Petrarca. 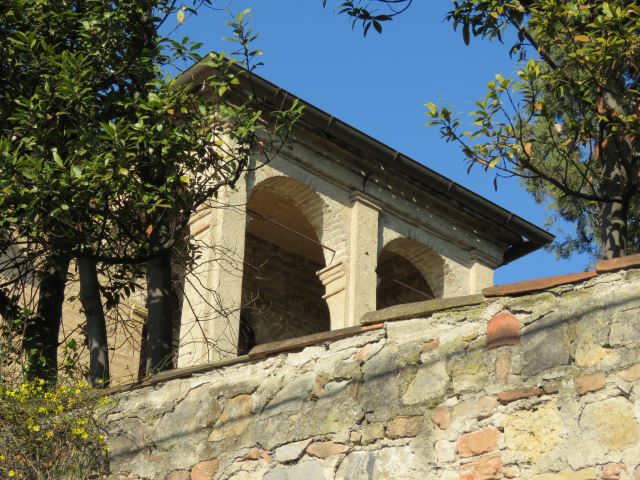 On this street there is also a beautiful example of street art by Alessio B (along the streets there is another one, which we invite you to discover).

Going back to the column of the Lion, we take via Ventolone, and then via Scalette. From here in a walk of about 30-40 minutes (almost all uphill), you arrive at the Mottolone plateau. The view of the hills from here is wonderful, especially at sunset. The place can also be reached by car. 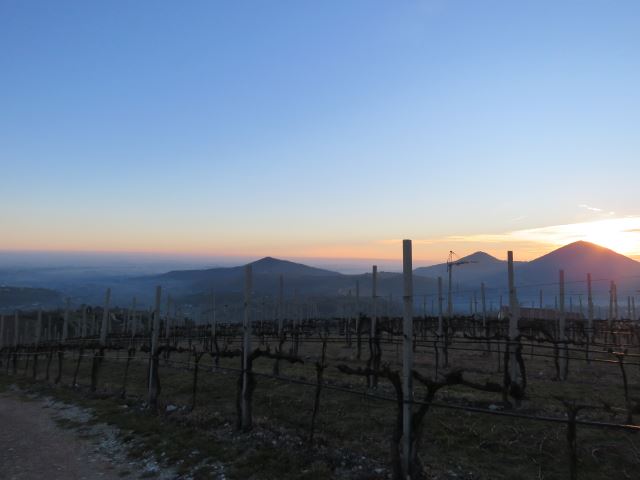 Arquà Petrarca for all seasons

This village of the Euganean Hills is beautiful to see in any season. Each season offers different emotions.
In this small article, in fact, there are photos taken at different times of the year.

In winter the sky  gives incomparable colors with nice reflections. Even fog makes these places magical. 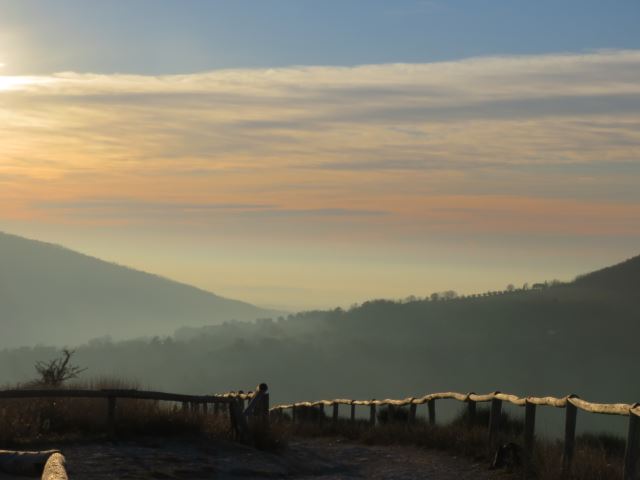 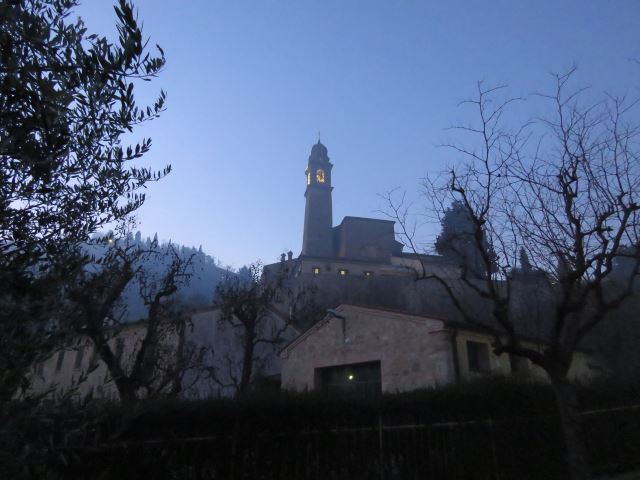 Spring is an explosion of colors, and before spring breaks out, there are almond blossoms, which dot the hills and stand out in the dry winter colors. In this period there is the Almond Blossom Festival, with stalls and dishes to taste made with almonds. 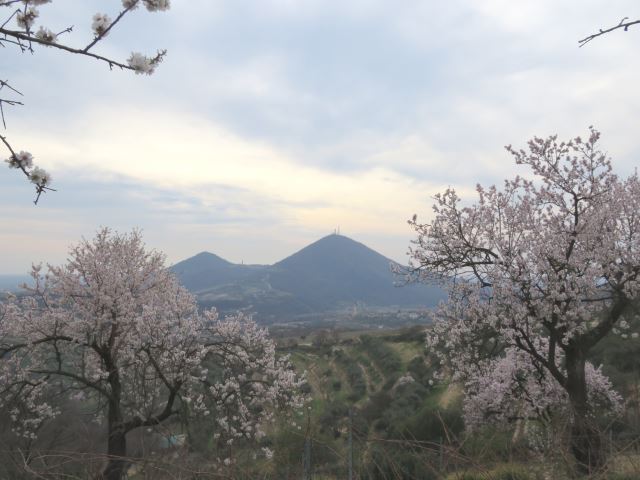 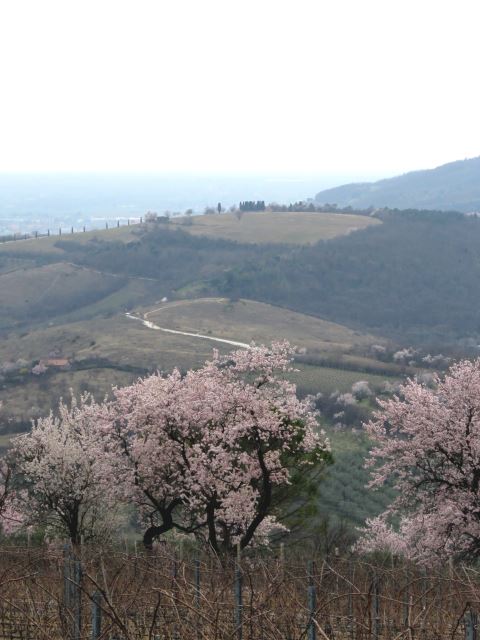 In summer it is nice to take a walk looking for some cool and enjoy an ice cream in the shade of the houses of the village.
Autumn with its typical colors, paints the hills of numerous shades of yellow and orange. And there is the famous feast of the Giuggiola, a fruit almost forgotten elsewhere and that here is used for a lot of handicraft and household products, among which the “brodo di giuggiole” (a liqueur). 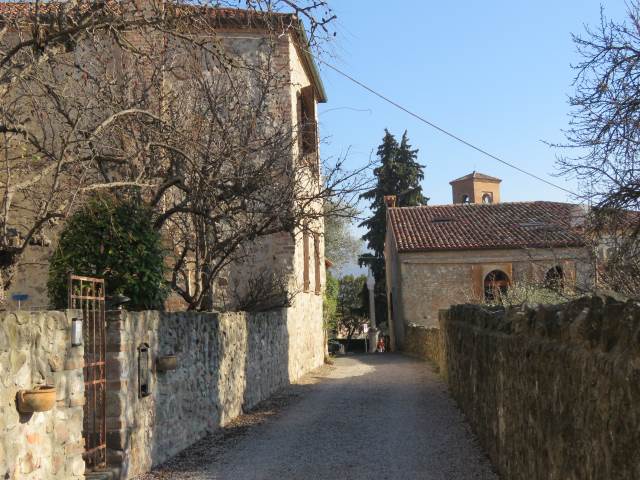 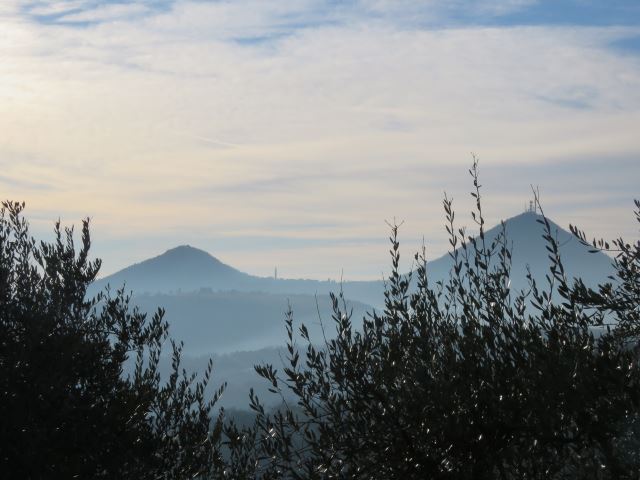 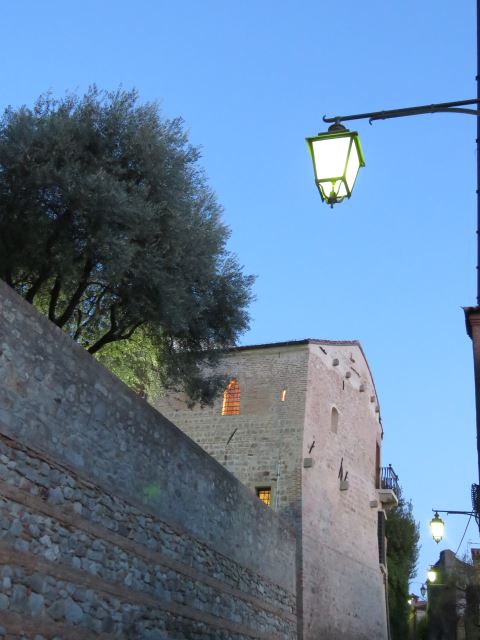 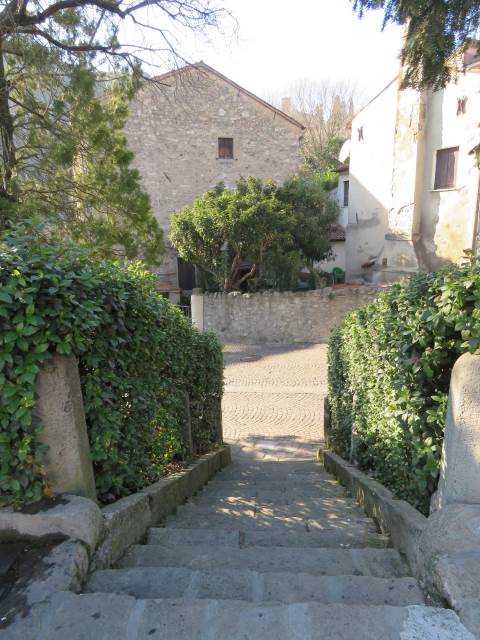 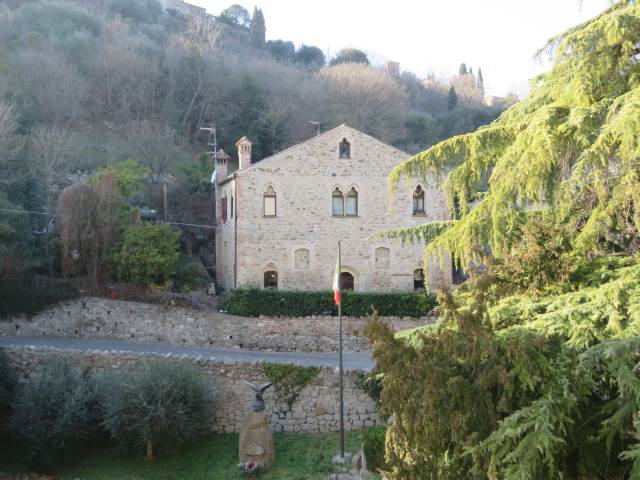 How to reach Arquà Petrarca

Starting from agriturismo Ca’ Marcello, take the A4 motorway towards Milan. Take direction A13, for Bologna. The motorway exit is Terme Euganee. From there just follow the signs for Arquà Petrarca.
You will certainly notice the Catajo Castle, which is worth a visit if you have the whole day available.