The Castle of Catajo and the Castle of San Pelagio, are located in the Euganean Hills area, near Padua.
Close to each other, but very different, it is worth considering the visit of both.

The Castle of Catajo

The imposing body of the Catajo, at the foot of the Euganean Hills, stands out on the road leading Padua to Battaglia Terme. 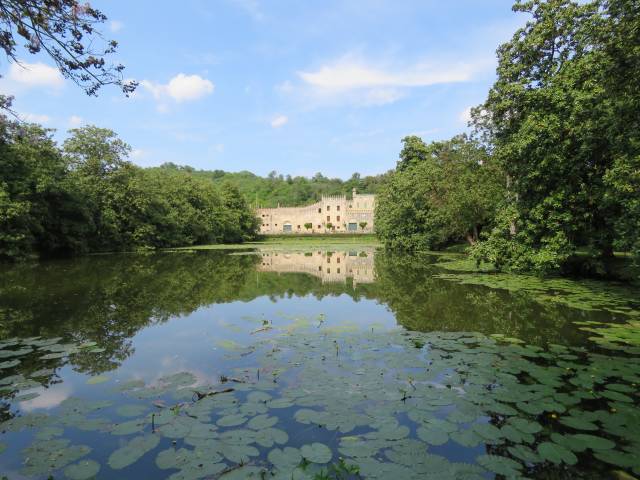 It is a monumental building with 350 rooms. Built in 1570 on a previous construction by the Obizzi family, enlarged over time by successive heirs.

The building has the appearance of a castle, crowned with narrow battlements and very close together. Despite these characteristics, it has never been used as a “fortress”, but as a villa/residence as there are many in the Veneto region. 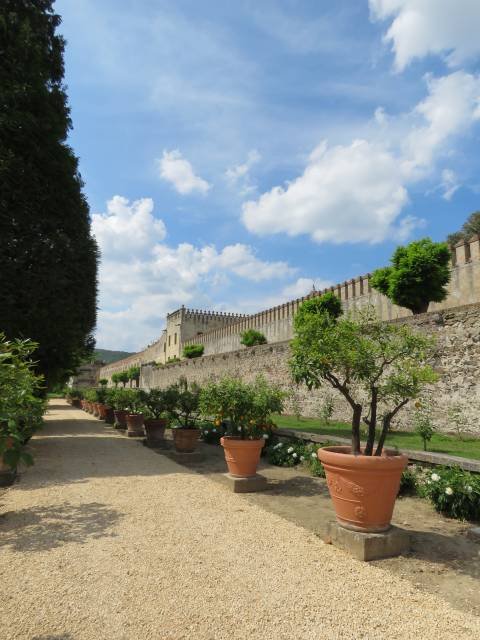 The entrance portal leads to the Cortile dei Giganti, used for theater performances and very often for water tournaments, as it can be filled with water. 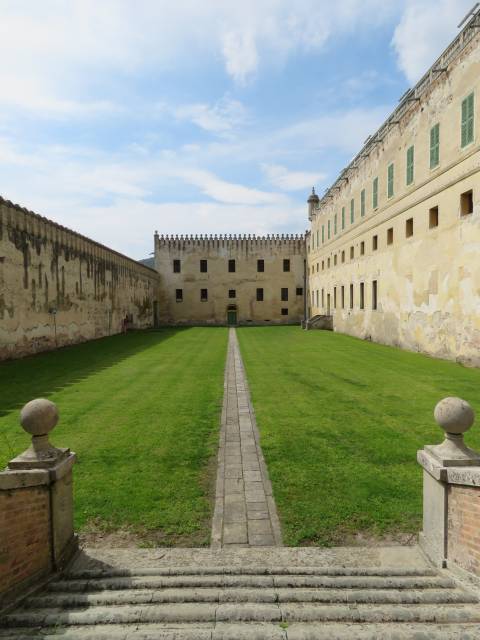 At the entrance of the building you can also notice a fountain, called Elephant fountain, erected in the seventeenth century and reminiscent of mythology and taste for the exotic. 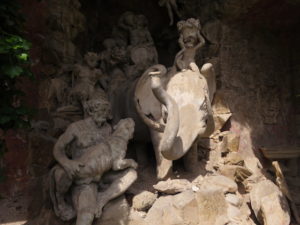 The interior is decorated with frescoes by G.B. Zelotti, disciple of the Veronese.

Outside there is a beautiful garden with many botanical species, and you can admire one of the first specimens of sequoia imported from America and two magnolys of 1700. 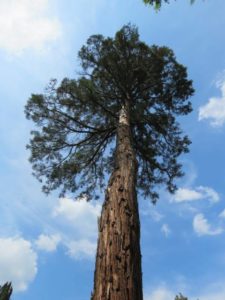 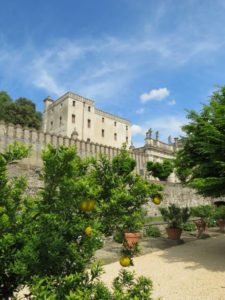 The Castello del Catajo is open to the public from March to November on Tuesday, Thursday, Friday and Sunday afternoons and on all holidays.
The ticket includes the visit to the park and a guided tour of the castle. For more detailed information, refer to the official website of the Castello del Catajo, where there are also special events. 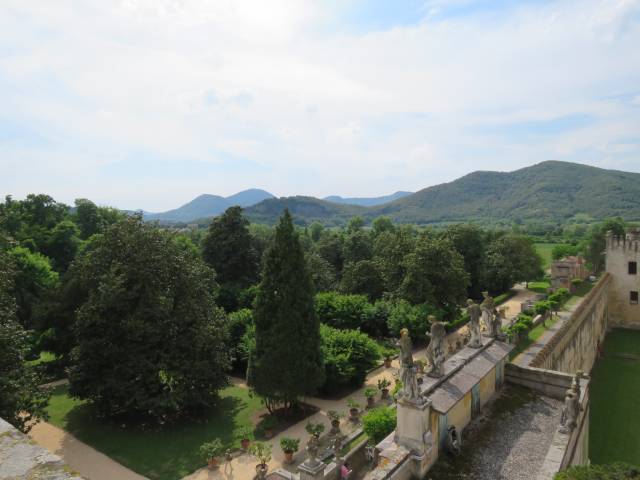 We were very satisfied with the guided tour inside the Castle, with a very prepared and captivating guide also for children.
Inside you can not take pictures, which is why you only find outdoor photos here.

The Castle of San Pelagio and the Museum of Flight

The Castle of San Pelagio is also known as Villa Zaborra, and has medieval origins, as you can see by the crenellated tower built by the Da Carrara, Lords of Padua, in the first half of the fourteenth century. 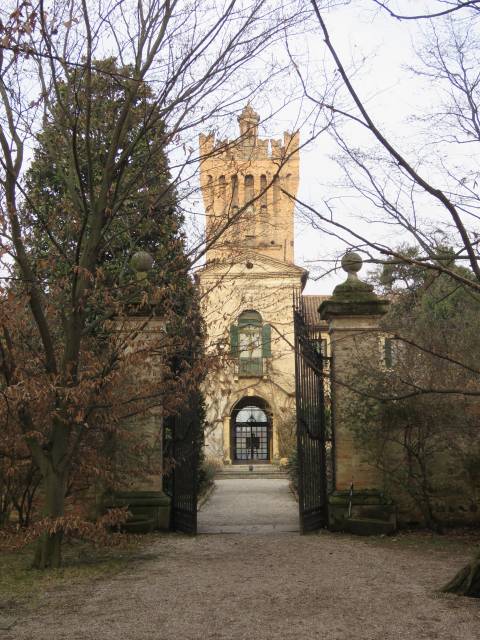 It has been bought by the Zaborra Counts in the mid-eighteenth century, which greatly expand the original building, making it become a stately villa with annexed agricultural barns. 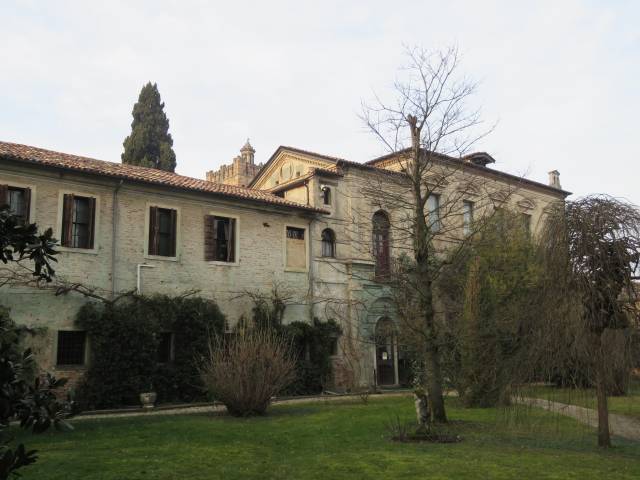 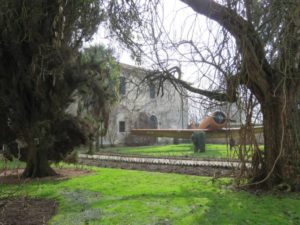 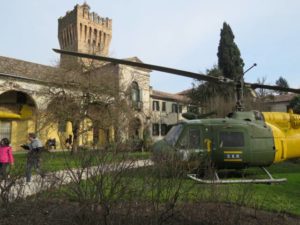 In the museum there are some rooms dedicated to  Gabriele d’Annunzio and his crazy flight over Vienna, which left on 9th August 1918 from the ground of the Castle of San Pelagio. In the rooms occupied by the poet, everything remained as it was at the time.

The Castle of San Pelagio is known mainly for the Museo del Volo (Flight Museum), inaugurated in 1980, and which traces the entire history of human flight, starting from the drawings of Leonardo Da Vinci, the Mongolfier brothers, the Wright brothers until nowadays. 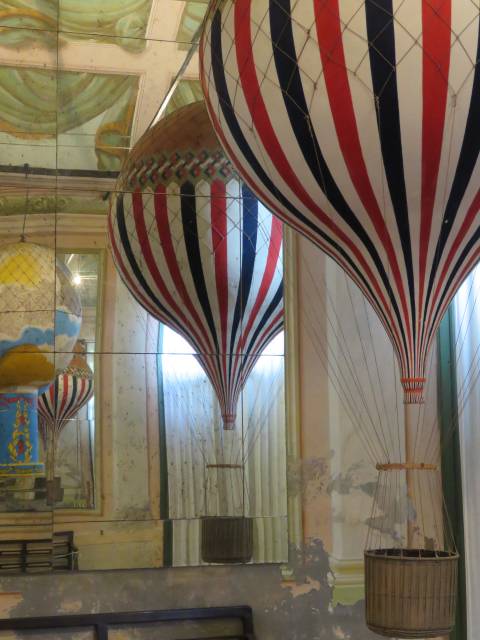 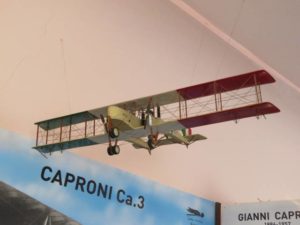 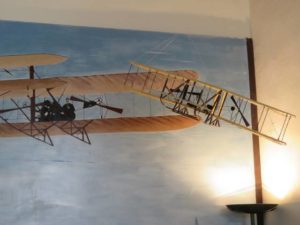 Visit the Castle of San Pelagio

The  flight museum can be visited with a prepared guide that accompanies the visitor to all the rooms, telling the history of human flight. On the official site of the castle there are opening hours and days, as well as costs (discounts are reserved for family groups). Every Sunday, at 15.00, the visit is dedicated to families, with a final workshop for children.
The garden can be visited on your own, and there is also a picnic area.

How to reach the Castle of Catajo and San Pelagio

From the Agriturismo Ca’ Marcello the most practical and fast road to reach the area, is the A4 motorway, towards Padova. Take the junction for Bologna with the A13 motorway. The motorway exit is Terme Euganee. Both castles are not far away.

Other things to do/see in the Padua area