Bassano del Grappa and the Brenta

Bassano del Grappa is a beautiful village to be visited without rush, walking among noble palaces often frescoed, arcades and squares. 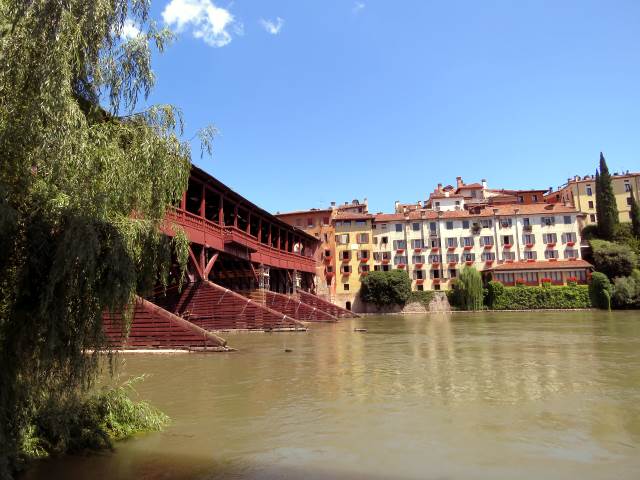 Bassano stands as a rural center and was subject to Roman colonization (fundus Bassianus), it gradually acquired importance thanks to its strategic position at the entrance of the Valsugana. This position allowed control over the traffic routes and the countryside, but above all on the Brenta.

In 1404 Bassano is under the domains of the Serenissima, and from that moment  it could devote to the development of manufacturing activities. Wool and silk are the traditional productions, ceramic and paper will be new products that will become established from the 17th century.

Bassano’s name was officially linked in 1928, to that of Grappa, to remember the resistance of Italian troops during the First World War, on the massif behind it. 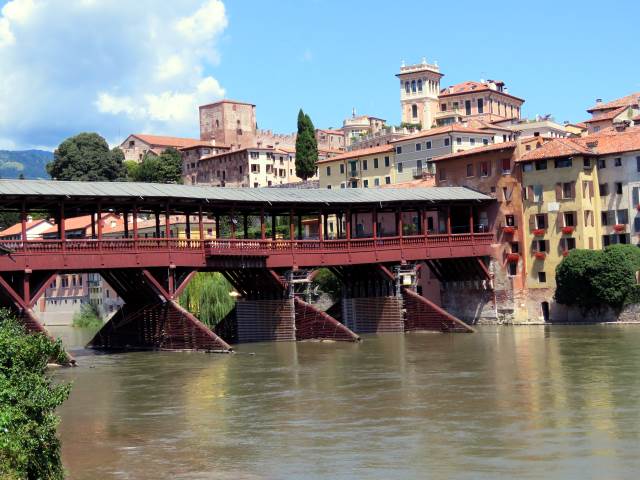 Bassano is famous for the covered bridge and for the beautiful song by the Alpini that recalls it.

The Ponte Vecchio, which connects the two banks of the Brenta at the narrowest point of the river, was built for the first time in the first half of the thirteenth century. It suffered multiple and very serious damages due to floods, earthquakes and war events, but was always redone faithfully following the design of Andrea Palladio.

Curiosity: in 1524 the Serenissima Republic decided to rebuild the Bassano bridge demolished by the flood, using stone instead of wood: this in the belief that it was much more resistant. Precisely because of these resistance, the new bridge collapsed at the first flood. And so it was rebuilt in wood, which makes the structure more elastic, reacting more easily to the stresses of a flood.

From the bridge you can enjoy a beautiful panorama on both banks of the Brenta. 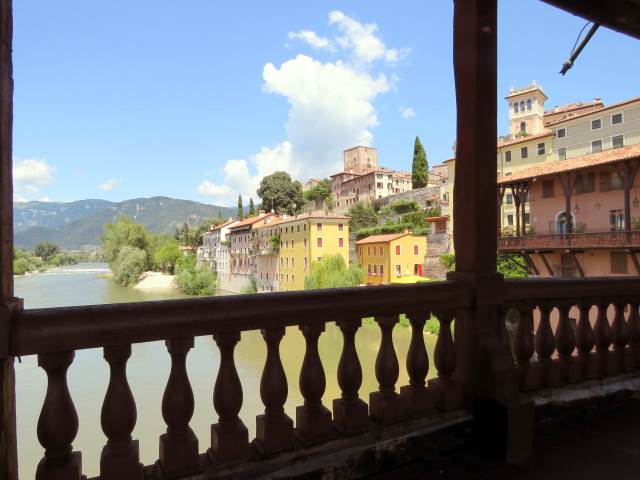 From the bridge you can see on the facade of a building overlooking the Brenta, the signs of bullet holes. The explanation is written in an inscription dates 1809 which recalls the unfortunate outcome of the Tyrolean expedition of Archduke John of Austria.

(It says: These marks of French cannon balls, the not easy return to Alemagna, of John Archduck of Austria, always chased often beaten, by Prince Eugenio, the preludes of Raab and Wagram remember.)

The “preludes of Raab and Wagram” recall two other bad figures as the archduke’s soldier: for example, he arrived late on the battlefield at Wagram. 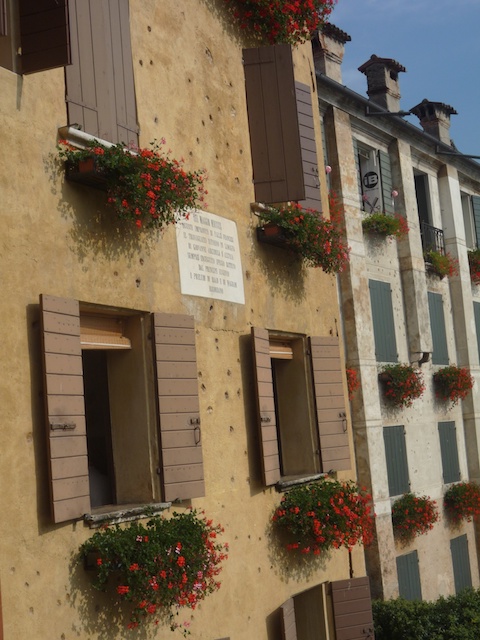 Stroll through the streets of Bassano del Grappa

Bassano del Grappa is not only the famous Ponte Vecchio.

As soon as you exit the bridge, opposite are the Polo distilleries, which offers an interesting small museum on the history and production of grappa. And in the end the gift shop allows you to buy the famous grappa.

Starting from the bridge, you can go to Palazzo Sturm, home of the Ceramics Museum. Along the way there is the shop of Tassotti graphics, producers of fine decorated paper that offers a wide choice for lovers of printed paper. 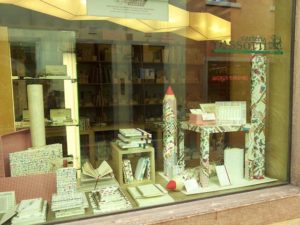 From Palazzo Sturm taking via Schiavo, you meet several open spaces in rapid succession.
There is Piazzotto Montevecchio, which overlooks some painted buildings. Immediately after there is Piazza Libertà with the Church of San Giovanni, of fourteenth century origin. At the other side there is a long sequence of arcaded houses, once home to the Remondini printing works. 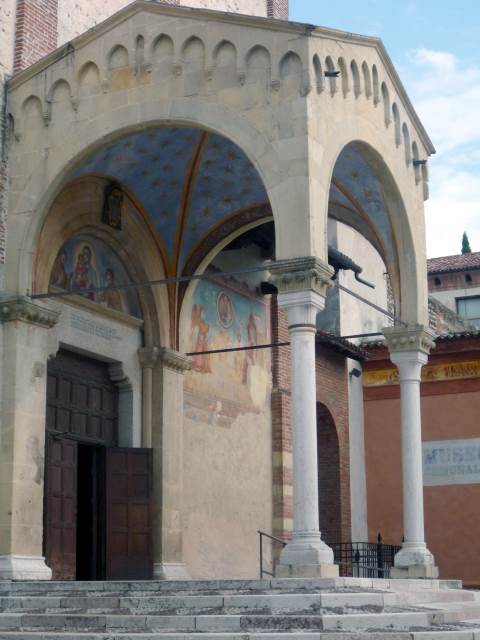 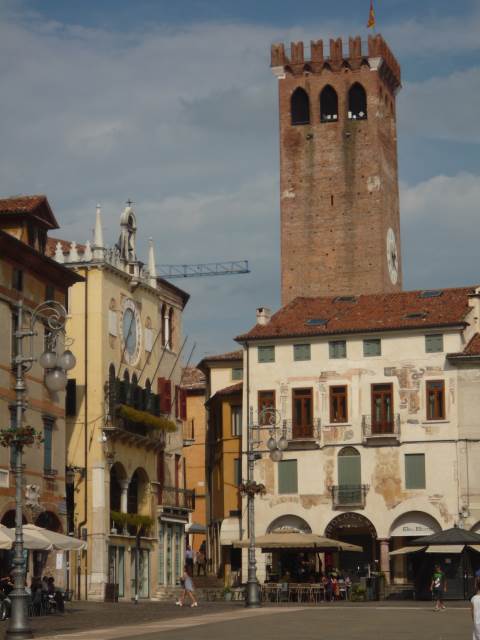 Then you find Piazza Garibaldi, dominated by the Civic Tower, which dominates the entire historic center.

If you take via Gamba from Ponte Vecchio, you will reach the Castle, the original nucleus of the city. Its position on a rocky bank can be clearly seen from the bridge. 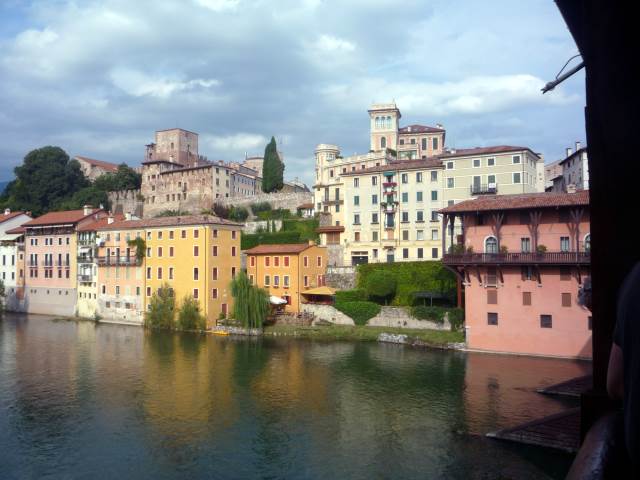 From the area of the Piazza del Terraglio (near the Castle) you can enjoy a beautiful panorama of the bridge and the Brenta.

From Bassano del Grappa to Oliero along the Brenta river

From Bassano, along the Brenta, you reach Oliero and the homonymous caves.
It is worth staying on the western side of the river, to enjoy the landscape and the small villages.
The valley was dedicated to the cultivation of tobacco, now grown only in some areas.

We stopped at the Oliero caves. Already from the parking area you can enjoy a beautiful view of the Brenta and you can go down near the shore  seeing the different color of the Oliero waters (one of the shortest rivers in Europe) that flow into the Brenta. 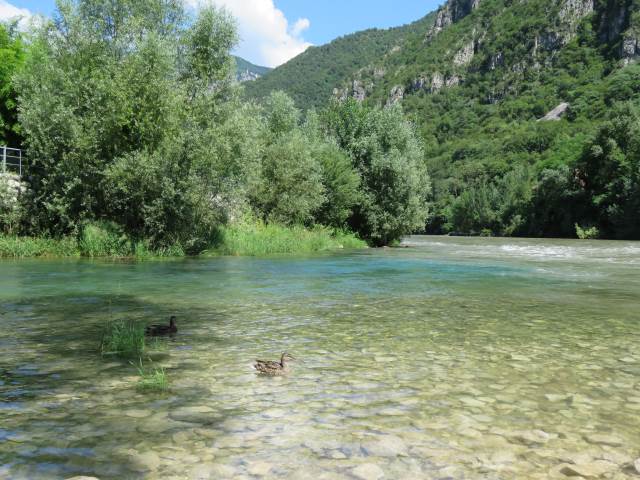 The waters of Oliero river are used for the aqueduct of the Asiago plateau.

The visitor center of the Oliero caves is housed in a former paper mill. The ticket includes entrance to the park, to the museum below the ticket office, and to the caves. 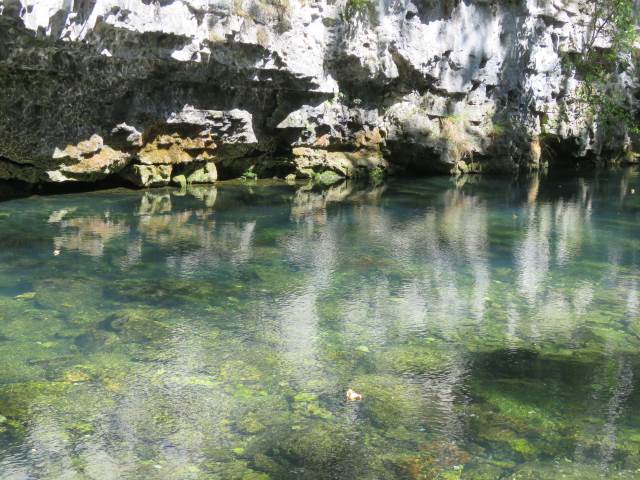 The museum is dedicated to the working process and history of paper production in the area (interesting, but we found it a little abandoned).
There is a nature trail that leads you to discover the various aspects of this environment and the two upper caves from where the water once flowed and that now are dry. 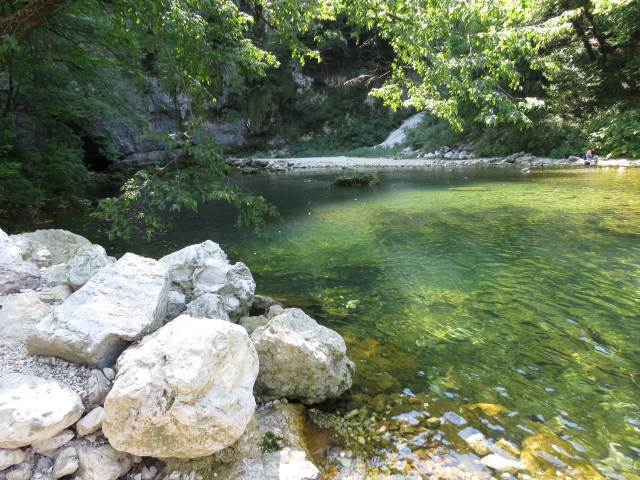 The Oliero river flows from the two lower caves. The ‘Covol dei Siori’ or Parolini Cave (name of the famous botanist Alberto Parolini who made it accessible to the public since 1832) can be visited by boat and accompanied by the Environmental Naturalistic Guides. It is a small cave, and the boat ride is very short. The stalactites and stalagmites of 40,000 years are definitely interesting to admire. 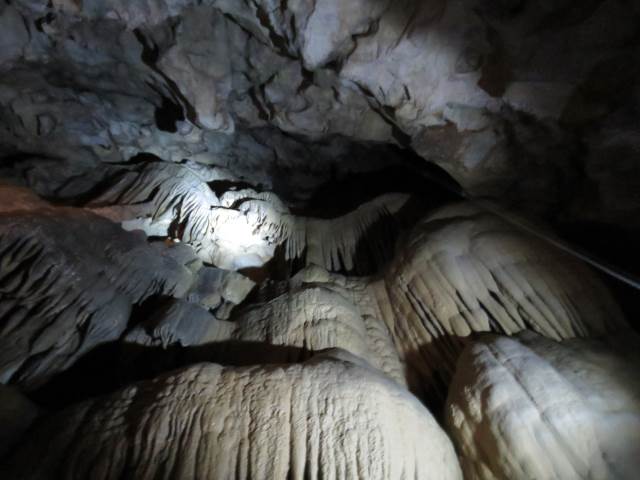 After our visit and having a small picnic in the dedicated area, we headed towards Valstagna.

Valstagna deserves a little visit, to see the Calieroni in the Contrada della Torre, to immerse yourself in the activities that take place on the river (kayaking, rafting, events that bring back to life ancient crafts on the river), or approach the Calà del Sasso with its 4444 steps, which were built to connect the Brenta valley to Asiago for the transport of timber for the Serenissima Republic of Venice. 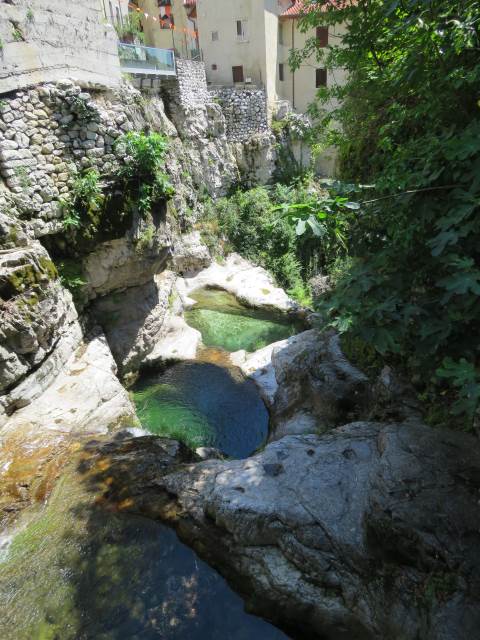 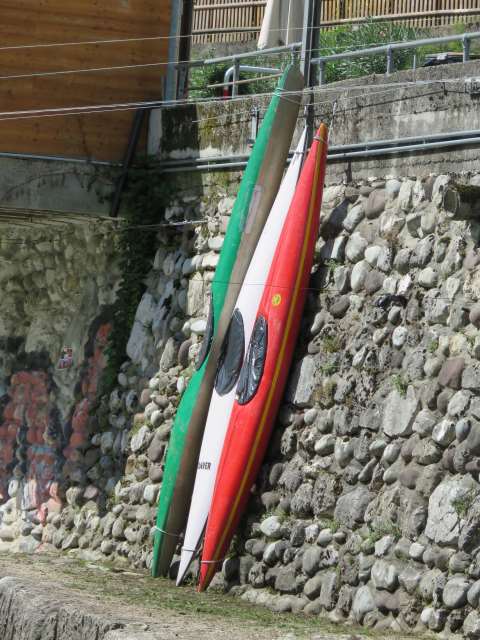 Brenta also means cycle tourism.
There is a beautiful cycle path from Bassano to Levico / Caldonazzo.
Well maintained, well signposted. Along the way there are several bike grill where you can relax and eat something at any time.

When to visit Bassano del Grappa and the  Brenta river

Bassano is a nice place to visit at any time of the year.
You park in one of the parking lots that are located around the city and then set off on foot to enjoy it.

Brenta should be enjoyed when temperatures are more pleasant. In fact, it is from April that the Oliero caves open, activities on the river begin for those who love water sports, and it is certainly more pleasant to pedal along the cycle path.